It’s mini review time again. I feel like I wrote full reviews for most of my reads this month so there’s not many mini reviews, but I they’re more positive than the last few month’s mini reviews.

Just One Year by Gayle Forman 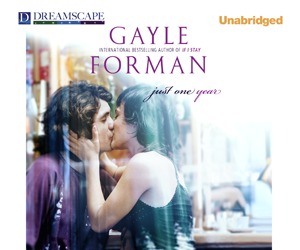 This is just a happy series. It makes me feel good and I had such a great time rereading it. I really liked following Williem’s perspective in the year since he met Allyson. I liked getting to know him and watch him grow and find himself. I also thought there was a great cast of supporting characters for him – Broodje and Kate were supportive friends and also hilarious. This story still ends with a frustrating cliffhanger, but I don’t even care because I immediately read the novella, Just One Night. This is just a perfect summer contemporary series and I can’t recommend it enough.

What to Say Next by Julie Buxbaum

“I realize we all walk around pretending we have some control over our fate, because to recognize the truth–that no matter what we do, the bottom will fall out when we least expect it–is just too unbearable to live with.”

So I enjoyed like 99% of this story and had the best time reading it. I was was completely hooked fom page 1 and I couldn’t stop reading – I actually completely stopped the other book I was reading to finish this. What to Say Next follows the unlikely friendship formed between Kit Lowell and David Drucker after Kit isolates herself after her father’s death.

My favorite part of the story, and one of my new favorite characters is David Drucker. He is amazing and perfect and I love him a lot. I loved getting the character profiles from his journal – it really helped all the side characters feel more real and a part of the world, not just Kit or David’s lives. I was so invested in the friendship and relationship that forms between the unlikely pair. They compliments and supported each other beautifully. My only real complaint is that I wished the conflict near the end of the story was different, but I don’t know what I’d have reather had either. Overall this was just such an enjoyeable read and I couldn’t put it down.