Today Gabrielle Prendergast and Rockstar Book Tours are revealing the cover for the paperback of ZERO REPEAT FOREVER, her Sci-Fi Book which releases July 3, 2019! Check out the awesome cover and enter the giveaway! 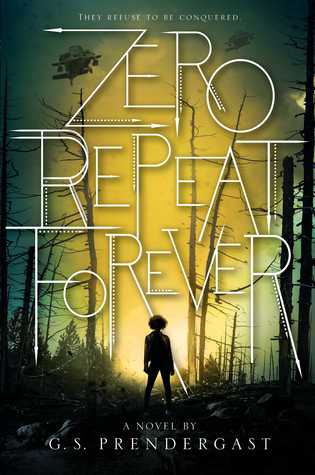 The 5th Wave meets Beauty and the Beast in this fast-paced and heart-stopping novel about an invasion of murderous creatures and one girl fighting for her life at the end of the world.

He has no voice, or name, only a rank, Eighth. He doesn’t know the details of the mission, only the directives that hum in his mind.

Dart the humans. Leave them where they fall.

His job is to protect his Offside. Let her do the shooting.

Until a human kills her…

Sixteen year-old Raven is at summer camp when the terrifying armored Nahx invade, annihilating entire cities, taking control of the Earth. Isolated in the wilderness, Raven and her friends have only a fragment of instruction from the human resistance.

Which seems like good advice at first. Stay put. Await rescue. Raven doesn’t like feeling helpless but what choice does she have?

Then a Nahx kills her boyfriend.

Thrown together in a violent, unfamiliar world, Eighth and Raven should feel only hate and fear. But when Raven is injured, and Eighth deserts his unit, their survival comes to depend on trusting each other…

Gabrielle is a writer, teacher and designer living in Vancouver, Canada.  You can read about her books here. She is represented by Barbara Poelle at the Irene Goodman Literary Agency.

In 2014 she was the Writer in Residence at Vancouver Public Library. In 2015 she was nominated for the BC Book Prizes and chosen to tour the province to promote BC Books. In 2017 Gabrielle took part in the TD Canada Children’s Book Week Tour. She has also been nominated for the White Pine Awardand the CLA Award.

Gabrielle won the Westchester Award for Audacious. Audacious was included in CBC’s list of 100 YA Books That Make You Proud to be Canadian. A poem from Capricious was chosen for the 2014 Poetry in Transit Program. Pandas on the East Side was chosen as an Ontario Library Association Best Bet for Junior Fiction in 2016. It was also nominated/shortlisted for the Chocolate Lily Award, The Red Cedar Award, the Diamond Willow Award and the Myrca Award.

So do you like the new paperback cover? Or do you prefer the original one? Have you read ZERO REPEAT FOREVER? Share below!