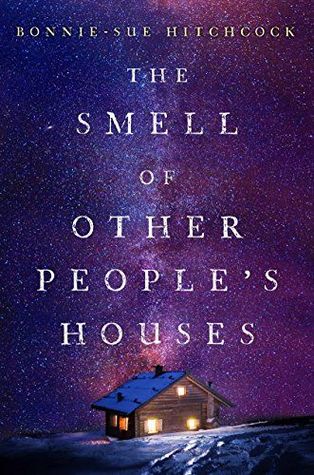 Title: The Smell of Other People’s Houses

“Sometimes you can be inserted into another person’s life just by witnessing something you were never really supposed to be a part of.”

The Smell of Other People’s Houses is such a painfully open story that I feel like I can’t even critique it, I just have let it into my heart to shape and change me – making me a better person for having read it. I was either on the verge of tears or surrounded by this familiar warmth. Set against 1970s Alaska, this story comes to life in the quiet and honest moments in four teens lives. In how they interact with each other, their town, and their truths. There was such an earnestness and groundedness to the story that gave this heavy weight that was both comforting and oppressing. It made everything feel so much bigger and impactful, but never manipulative or forced.

Some of the characters kinda blended together in the beginning of the story. Thankfully, it really wasn’t a big issue, because after a few chapters the characters become more clearly distinct. And the audiobook had a full cast so that was helpful as well.

The Smell of Other People’s Houses is a true slice-of-life story. I wouldn’t really say there’s a plot, but it’s a truly wonderful example of a character driven story that is both raw and realistic. It’s a story that you can’t stop thinking about. The characters feel so real and it becomes personal to you. I can’t say enough good things about this story. A true highlight of the year.