New month, new books releases! So here are some of the books I’m most excited about coming out this month! And be prepared for a lot of contemporary coming your way over the next few months.

Talk about an embarrassing introduction. On her first day of law school, Kailyn ran – quite literally – into the actor she crushed on as a teenager, ending with him sprawled on top of her. Mortified to discover the Daxton Hughes was also a student in her class, her embarrassment over their meet-cute quickly turned into a friendship she never expected. Of course, she never saw his betrayal coming either…

Now, eight years later, Dax is in her office asking for legal advice. Despite her anger, Kailyn can’t help feeling sorry for the devastated man who just became sole guardian to his thirteen-year-old sister. But when her boss gets wind of Kailyn’s new celebrity client, there’s even more at stake than Dax’s custody issues: if she gets Dax to work at their firm, she’ll be promoted to partner.

The more time Kailyn spends with Dax and his sister, the more she starts to feel like a family, and the more she realizes the chemistry they had all those years ago is as fresh as ever. But will they be able to forgive the mistakes of the past, or will one betrayal lead to another?

Give me all the rom-com books.

After an awkward first encounter, Birdie and Daniel are forced to work together in a Seattle hotel where a famous author leads a mysterious and secluded life in this romantic contemporary novel from the author of Alex, Approximately.

Mystery-book aficionado Birdie Lindberg has an overactive imagination. Raised in isolation and homeschooled by strict grandparents, she’s cultivated a whimsical fantasy life in which she plays the heroic detective and every stranger is a suspect. But her solitary world expands when she takes a job the summer before college, working the graveyard shift at a historic Seattle hotel.

In her new job, Birdie hopes to blossom from introverted dreamer to brave pioneer, and gregarious Daniel Aoki volunteers to be her guide. The hotel’s charismatic young van driver shares the same nocturnal shift and patronizes the waterfront Moonlight Diner where she waits for the early morning ferry after work. Daniel also shares her appetite for intrigue, and he’s stumbled upon a real-life mystery: a famous reclusive writer—never before seen in public—might be secretly meeting someone at the hotel.

To uncover the writer’s puzzling identity, Birdie must come out of her shell…discovering that most confounding mystery of all may be her growing feelings for the elusive riddle that is Daniel.

Just more romance, but I love the singular setting.

The Meaning of Birds by Jaye Robin Brown 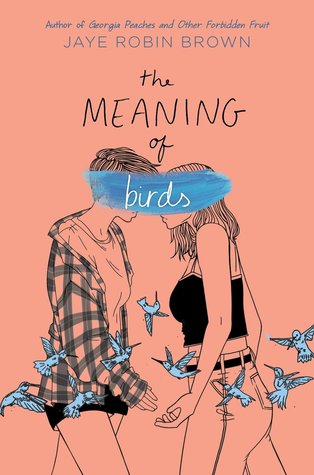 Before, Jessica has always struggled with anger issues, but come sophomore year that all changes when Vivi crashes into her life. As their relationship blossoms, Vivi not only helps Jess deal with her pain, she also encourages her to embrace her talent as an artist. And for the first time, it feels like the future is filled with possibilities. After In the midst of senior year, Jess’s perfect world is erased when Vivi suddenly passes away. Reeling from the devastating loss, Jess pushes everyone away, and throws out her plans to go to art school. Because art is Vivi and Vivi is gone forever.

Desperate for an escape, Jess gets consumed in her work-study program, letting all of her dreams die. Until she makes an unexpected new friend who shows her a new way to channel her anger, passion, and creativity. Although Jess may never draw again, if she can find a way to heal and room in her heart, she just might be able to forge a new path for herself without Vivi.

Romacne + me being an emotional wreck = a good time. 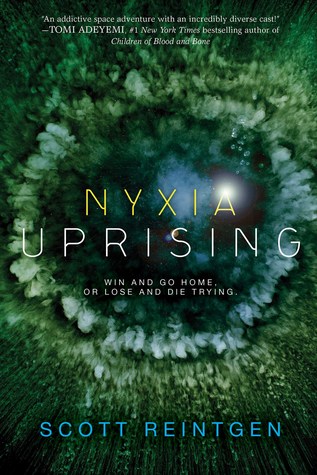 Desperate to return home to Earth and claim the reward Babel promised, Emmett and the Genesis team join forces with the Imago. Babel’s initial attack left their home city in ruins, but that was just part of the Imago’s plan. They knew one thing Babel didn’t. This world is coming to an end.

Eden’s two moons are on a collision course no one can prevent. After building eight secret launch stations, the Imago hoped to lure Babel down to their doomed planet as they left it behind. A perfect plan until the Genesis team’s escape route was destroyed.

Now the group must split up to survive the hostile terrain and reach another launch station. As both sides struggle for the upper hand, the fight leads inevitably back into space, where Emmett, his crewmates, and their new allies will fight one final battle for control of the Genesis ships. Win this time, and they’ll survive Babel’s twisted game once and for all. As the Imago world falls, this is the last chance to rise.

This has been one of my favorite scifi series and I can’t wait to see what happens next.

If I’m Being Honest by Emily Wibberley & Austin Siegemund-Broka

High school senior Cameron Bright’s reputation can be summed up in one word: bitch. It’s no surprise she’s queen bee at her private L.A. high school—she’s beautiful, talented, and notorious for her cutting and brutal honesty. So when she puts her foot in her mouth in front of her crush, Andrew, she fears she may have lost him for good.

In an attempt to win him over, Cameron resolves to “tame” herself, much like Katherine in Shakespeare’s The Taming of the Shrew. First, she’ll have to make amends with those she’s wronged, which leads her to Brendan, the guy she labelled with an unfortunate nickname back in the sixth grade. At first, Brendan isn’t all that receptive to Cameron’s ploy. But slowly, he warms up to her when they connect over the computer game he’s developing. Now if only Andrew would notice…

But the closer Cameron gets to Brendan, the more she sees he appreciates her personality—honesty and all—and wonders if she’s compromising who she is for the guy she doesn’t even want.

Shakespear YA retellings are all I ever want in life.

What April releases are you most excited for? Share below!