Here are some mini reviews for some of the  the books I read (and enjoyed to varying degrees) in the last few weeks.

The Killer Across the Table by John E. Douglas & Mark Olshaker 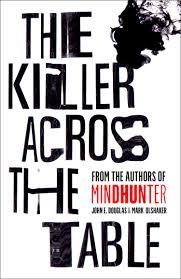 After being completely sucked into the Netflix series, Mindhunter, I jumoed on the chance to listen to this when I saw one of my local librarues had it. Listening to The Killer Across the Table is like listening to a prolonged episode of Mindhunter, so if you’re a fan of true crime I do think you’ll like this. I enjoyed how each case study showed how Douglas and the FBI’s tactics and practices evolved. And having Jonathan Groff narrate was the icing on the cake.

The Map From Here to There by Emery Lord

“I often had the distinct feeling that strangers watched us with annoyance, teenage girls with cotton candy lives. They could think that— that we were frothy and carefree.
Would they ever guess how strong we were from carrying each other?”

I wasn’t expecting to become so emotionally invested in this story. I was expecting a typical finding yourself/growing up story about moving on and college, but there was so much heart! I loved the strong friendships in the story so much – there was just so many great moments of happiness amid Paige’s anxiety. And as always, I loved the little family moments we got -Paige and her father are so sweet together. The romance was sweet and realistic, but not my new favorite couple. But I felt like they were both mature and I appreciated the communication, even if it was hard for them to find the right words at times. My biggest gripe would probably be the pacing. It was kinda wonky at times and some storylines are introduced near the beginning to not come up again until the end. But it wasn’t a big issue, but could have been better. Overall this was a great story that packed more of a punch than I expected, butI don’t know if it will stick with me.

I received a copy of the book from the pulisher in exchange for an honest review.

This was so freaking cute and I absolutely flew through it. I’m serious, I couldn’t put it down and I was laughing the whole way through. 10 Blind Dates follow Sophie as she unexpectedly finds herself single over holiday break. With her Nonna determined to cheer her up, Sophie is set up on 10 blind dates by different family members, and hilarity ensues.

There was so much to be happy about with this story: the huge, close-knit family (the fab four was indeed fabulous), the awkward (and always surprising) blind dates, the adorable romances. If you’re in the need for a pick-me-up, this book will give you that boost. 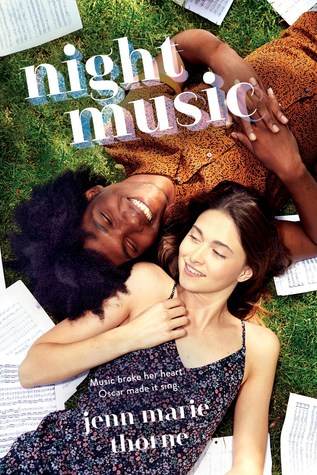 This was not the fluffy, happy contemporary I was expecting. Don’t get me wrong, there’s a lot of happy moments and an adorable romance but the characters are dealing with some weightier topics like classism, racism, anxiety, privilege. It was an enexpected, yet enjoyable read.

Have you read any of these books? Which do you think you’ll pick up first? Share below!