This week’s Top 10 Tuesday is all about the books we’re planning on reading this Spring. So check out 10 of the books I want to read soon. 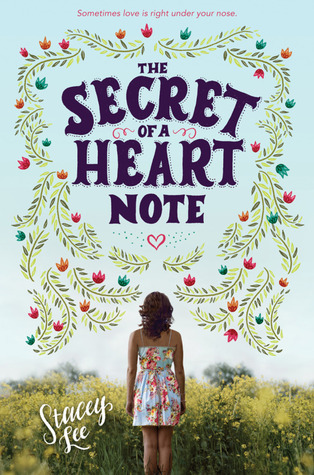 The Secret of a Heart Note by Stacey Lee | Sometimes love is right under your nose. As one of only two aromateurs left on the planet, sixteen-year-old Mimosa knows what her future holds: a lifetime of weeding, mixing love elixirs, and matchmaking—all while remaining incurably alone. For Mim, the rules are clear: falling in love would render her nose useless, taking away her one great talent. Still, Mimosa doesn’t want to spend her life elbow-deep in soil and begonias. She dreams of a normal high school experience with friends, sports practices, debate club, and even a boyfriend. But when she accidentally gives an elixir to the wrong woman and has to rely on the lovesick woman’s son, the school soccer star, to help fix the situation, Mim quickly begins to realize that falling in love isn’t always a choice you can make. 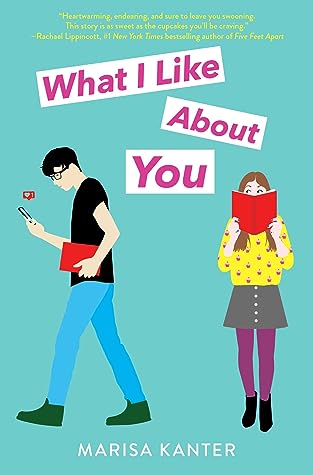 What I Like About You by Marisa Kanter | Is it still a love triangle if there are only two people in it?

There are a million things that Halle Levitt likes about her online best friend, Nash.

He’s an incredibly talented graphic novelist. He loves books almost as much as she does. And she never has to deal with the awkwardness of seeing him in real life. They can talk about anything…

Except who she really is.

Because online, Halle isn’t Halle—she’s Kels, the enigmatically cool creator of One True Pastry, a YA book blog that pairs epic custom cupcakes with covers and reviews. Kels has everything Halle doesn’t: friends, a growing platform, tons of confidence, and Nash.

That is, until Halle arrives to spend senior year in Gramps’s small town and finds herself face-to-face with real, human, not-behind-a-screen Nash. Nash, who is somehow everywhere she goes—in her classes, at the bakery, even at synagogue.

Nash who has no idea she’s actually Kels.

If Halle tells him who she is, it will ruin the non-awkward magic of their digital friendship. Not telling him though, means it can never be anything more. Because while she starts to fall for Nash as Halle…he’s in love with Kels. 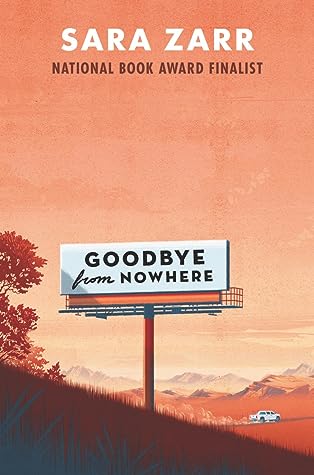 Goodbye From Nowhere by Sara Zarr | Kyle Baker thought his family was happy. Happy enough, anyway. That’s why, when Kyle learns that his mother has been having an affair and his father has been living with the secret, his reality is altered. He quits baseball, ghosts his girlfriend, and generally checks out of life as he’s known it. With his older sisters out of the house and friends who don’t get it, the only person he can talk to is his cousin Emily—who is always there on the other end of his texts but still has her own life, hours away.

Kyle’s parents want him to keep the secret of his mother’s affair from the rest of the family until after what might be their last big summer reunion. As Kyle watches the effects of his parents’ choices ripple out over friends, family, and strangers, and he feels the walls of his relationships closing in, he has to decide what his obligations are to everyone he cares for—including himself. 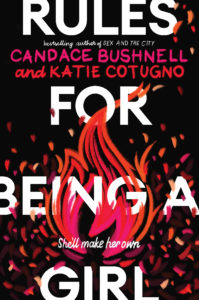 Rules for Being a Girl by Katie Cotugno & Candace Bushnell | Marin has always been good at navigating these unspoken guidelines. A star student and editor of the school paper, she dreams of getting into Brown University. Marin’s future seems bright―and her young, charismatic English teacher, Mr. Beckett, is always quick to admire her writing and talk books with her.

But when “Bex” takes things too far and comes on to Marin, she’s shocked and horrified. Had she somehow led him on? Was it her fault?

When Marin works up the courage to tell the administration what happened, no one believes her. She’s forced to face Bex in class every day. Except now, he has an ax to grind.

Admission by Julie Buxbaum | It’s good to be Chloe Wynn Berringer. She’s headed off to the college of her dreams. She’s going to prom with the boy she’s had a crush on since middle school. Her best friend always has her back, and her mom, a B-list Hollywood celebrity, may finally be on her way to the B+ list. It’s good to be Chloe Wynn Berringer–at least, it was, until the FBI came knocking on her front door, guns at the ready, and her future went up in smoke. Now her mother is under arrest in a massive college admissions bribery scandal. Chloe, too, might be facing charges, and even time behind bars. The public is furious, the press is rabid, and the US attorney is out for blood.

As she loses everything she’s long taken for granted, Chloe must reckon not only with the truth of what happened, but also with the examination of her own guilt. Why did her parents think the only way for her to succeed was to cheat for her? What did she know, and when did she know it? And perhaps most importantly, what does it mean to be complicit?

Chasing Lucky by Jenn Bennett | Budding photographer Josie Saint-Martin has spent half her life with her single mother, moving from city to city. When they return to her historical New England hometown years later to run the family bookstore, Josie knows it’s not forever. Her dreams are on the opposite coast, and she has a plan to get there.

What she doesn’t plan for is a run-in with the town bad boy, Lucky Karras. Outsider, rebel…and her former childhood best friend. Lucky makes it clear he wants nothing to do with the newly returned Josie. But everything changes after a disastrous pool party, and a poorly executed act of revenge lands Josie in some big-time trouble—with Lucky unexpectedly taking the blame.

Determined to understand why Lucky was so quick to cover for her, Josie discovers that both of them have changed, and that the good boy she once knew now has a dark sense of humor and a smile that makes her heart race. And maybe, just maybe, he’s not quite the brooding bad boy everyone thinks he is… 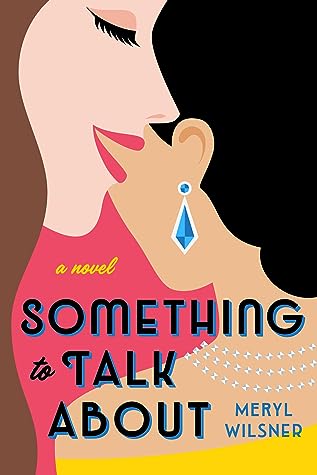 Something to Talk About by Meryl Wilsner  | Hollywood powerhouse Jo is photographed making her assistant Emma laugh on the red carpet, and just like that, the tabloids declare them a couple. The so-called scandal couldn’t come at a worse time—threatening Emma’s promotion and Jo’s new movie.

As the gossip spreads, it starts to affect all areas of their lives. Paparazzi are following them outside the office, coworkers are treating them differently, and a “source” is feeding information to the media. But their only comment is “no comment”.

With the launch of Jo’s film project fast approaching, the two women begin to spend even more time together, getting along famously. Emma seems to have a sixth sense for knowing what Jo needs. And Jo, known for being aloof and outwardly cold, opens up to Emma in a way neither of them expects. They begin to realize the rumor might not be so off base after all…but is acting on the spark between them worth fanning the gossip flames? 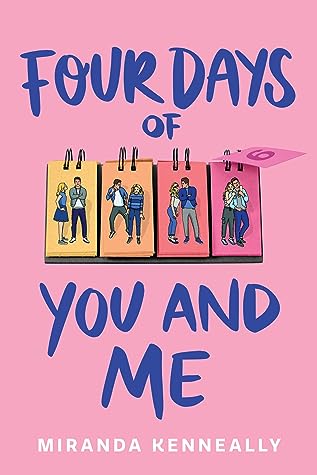 Four Days of You and Me by Miranda Kenneally | Every May 7, the students at Coffee County High School take a class trip. And every year, Lulu’s relationship with Alex Rouvelis gets a little more complicated. Freshman year, they went from sworn enemies to more than friends after a close encounter in an escape room. It’s been hard for Lulu to quit Alex ever since.

Through breakups, make ups, and dating other people, each year’s class trip brings the pair back together and forces them to confront their undeniable connection. From the science museum to an amusement park, from New York City to London, Lulu learns one thing is for sure: love is the biggest trip of all.

Girl, Serpent, Thorn by Melissa Bashardoust | There was and there was not, as all stories begin, a princess cursed to be poisonous to the touch. But for Soraya, who has lived her life hidden away, apart from her family, safe only in her gardens, it’s not just a story.

More than Maybe by Erin Hahn | Growing up under his punk rocker dad’s spotlight, eighteen-year-old Luke Greenly knows fame and wants nothing to do with it. His real love isn’t in front of a crowd, it’s on the page. Hiding his gift and secretly hoarding songs in his bedroom at night, he prefers the anonymous comfort of the locally popular podcast he co-hosts with his outgoing and meddling, far-too-jealousy-inspiringly-happy-with-his-long-term-boyfriend twin brother, Cullen. But that’s not Luke’s only secret. He also has a major un-requited crush on music blogger, Vada Carsewell.

What are you planning on reading this Spring? Share below!