“I hate men.
There, I said it. I know you’re not supposed to say it. We all pretend we don’t hate them; we all tell ourselves we don’t hate them. But I’m calling it. I’m standing here on this soapbox, and I’m saying it.” 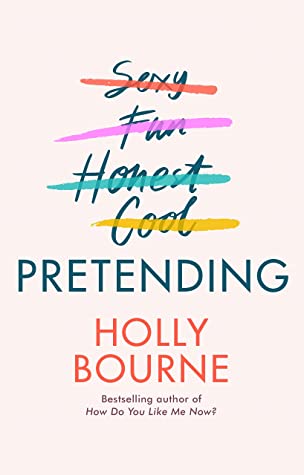 I’m in the need for a rom-com story and this sounded like one with a lot of humor – which I always appreciate.

Goodreads Synopsis: April is kind, pretty, and relatively normal – yet she can’t seem to get past date five. Every time she thinks she’s found someone to trust, they reveal themselves to be awful, leaving her heartbroken. And angry.

Gretel is exactly what men want – she’s a Regular Everyday Manic Pixie Dream Girl Next Door With No Problems.

The problem is, Gretel isn’t real. And April is now claiming to be her.

As soon as April starts ‘being’ Gretel, dating becomes much more fun – especially once she reels in the unsuspecting Joshua.

Finally, April is the one in control, but can she control her own feelings? And as she and Joshua grow closer, how long will she be able to keep pretending?

Leave your favorite rom-com story down below, I’m always in need of recs!

One thought on “First Lines Fridays #112”