February was such a great reading month, I hope it can continue, so here are some of the books I can’t wait to get my hands on this month! 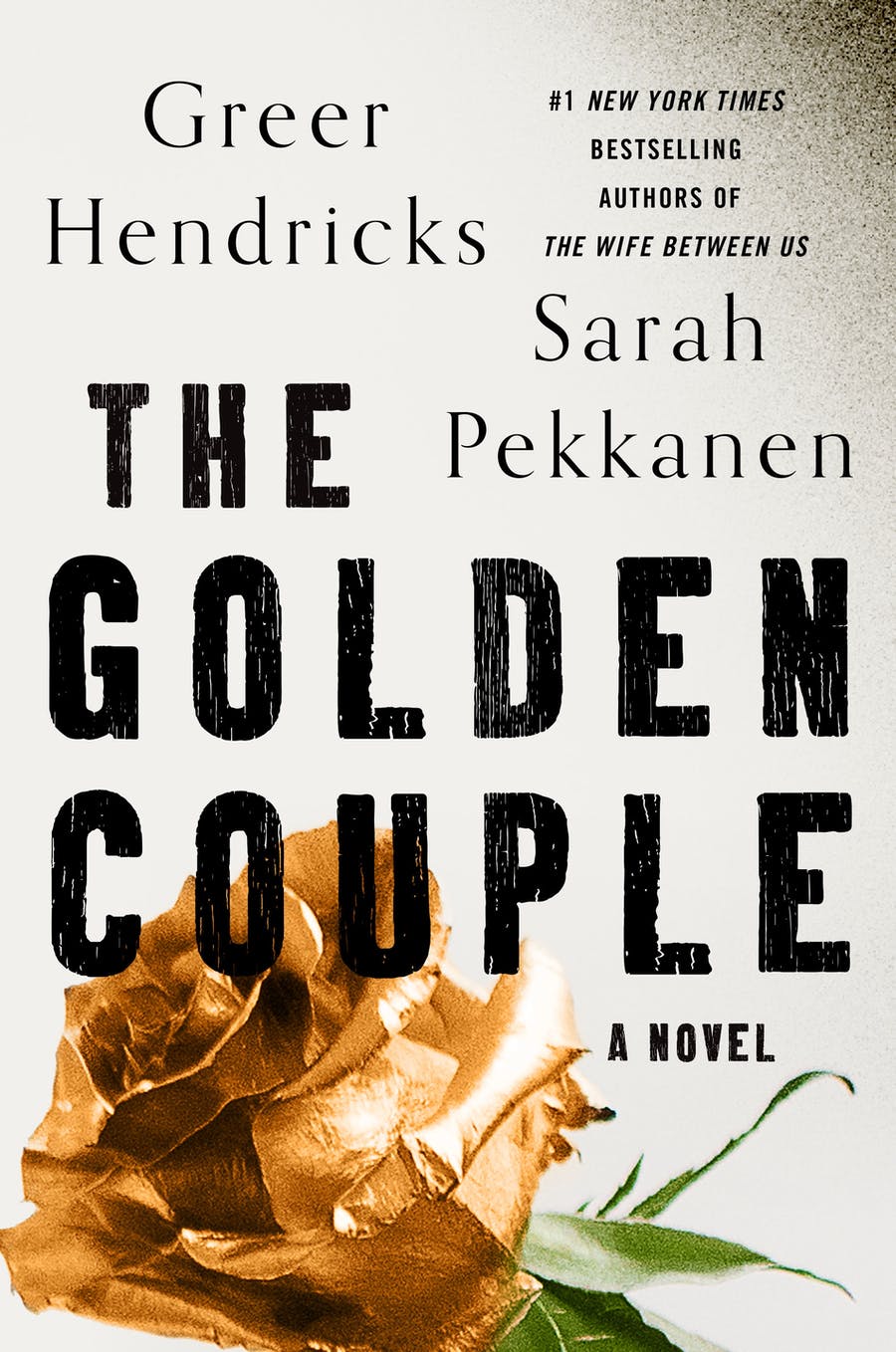 The Golden Couple by Greer Hendricks & Sarah Pekkanen | March 8
If Avery Chambers can’t fix you in 10 sessions, she won’t take you on as a client. Her successes are phenomenal–she helps people overcome everything from domineering parents to assault–and almost absorb the emptiness she sometimes feels since her husband’s death.

Marissa and Mathew Bishop seem like the golden couple–until Marissa cheats. She wants to repair things, both because she loves her husband and for the sake of their 8-year-old son. After a friend forwards an article about Avery, Marissa takes a chance on this maverick therapist, who lost her license due to controversial methods.

When the Bishops glide through Avery’s door and Marissa reveals her infidelity, all three are set on a collision course. Because the biggest secrets in the room are still hidden, and it’s no longer simply a marriage that’s in danger. 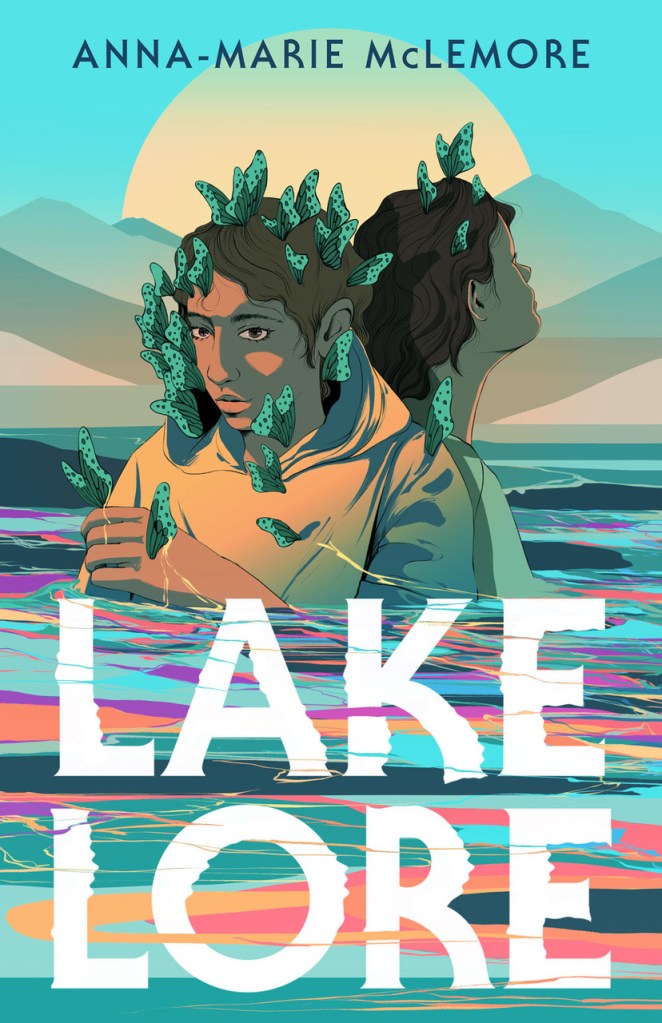 Lakelore by Anna-Marie McLemore | March 8
Everyone who lives near the lake knows the stories about the world underneath it, an ethereal landscape rumored to be half-air, half-water. But Bastián Silvano and Lore Garcia are the only ones who’ve been there. Bastián grew up both above the lake and in the otherworldly space beneath it. Lore’s only seen the world under the lake once, but that one encounter changed their life and their fate.

Then the lines between air and water begin to blur. The world under the lake drifts above the surface. If Bastián and Lore don’t want it bringing their secrets to the surface with it, they have to stop it, and to do that, they have to work together. There’s just one problem: Bastián and Lore haven’t spoken in seven years, and working together means trusting each other with the very things they’re trying to hide. 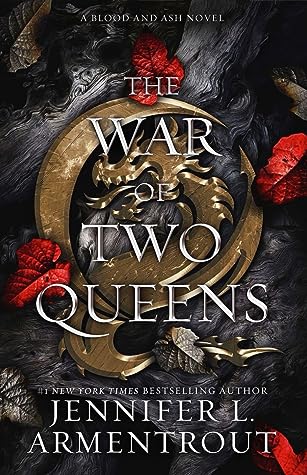 The War of Two Queens by Jennifer L. Armentrout | March 15
Casteel Da’Neer knows all too well that very few are as cunning or vicious as the Blood Queen, but no one, not even him, could’ve prepared for the staggering revelations. The magnitude of what the Blood Queen has done is almost unthinkable.

Nothing will stop Poppy from freeing her King and destroying everything the Blood Crown stands for. With the strength of the Primal of Life’s guards behind her, and the support of the wolven, Poppy must convince the Atlantian generals to make war her way—because there can be no retreat this time. Not if she has any hope of building a future where both kingdoms can reside in peace.

Together, Poppy and Casteel must embrace traditions old and new to safeguard those they hold dear—to protect those who cannot defend themselves. But war is only the beginning. Ancient primal powers have already stirred, revealing the horror of what began eons ago. To end what the Blood Queen has begun, Poppy might have to become what she has been prophesied to be—what she fears the most. 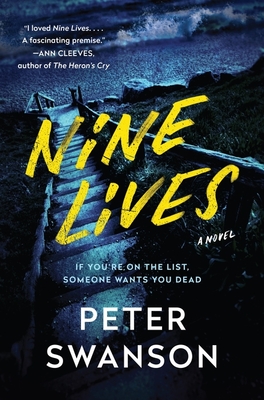 Nine Lives by Peter Swanson | March 15
Nine strangers receive a list with their names on it in the mail. Nothing else, just a list of names on a single sheet of paper. None of the nine people know or have ever met the others on the list. They dismiss it as junk mail, a fluke – until very, very bad things begin happening to people on the list. First, a well-liked old man is drowned on a beach in the small town of Kennewick, Maine. Then, a father is shot in the back while running through his quiet neighborhood in suburban Massachusetts. A frightening pattern is emerging, but what do these nine people have in common? Their professions range from oncology nurse to aspiring actor.

FBI agent Jessica Winslow, who is on the list herself, is determined to find out. Could there be some dark secret that binds them all together? Or is this the work of a murderous madman? As the mysterious sender stalks these nine strangers, they find themselves constantly looking over their shoulders, wondering who will be crossed off next…. 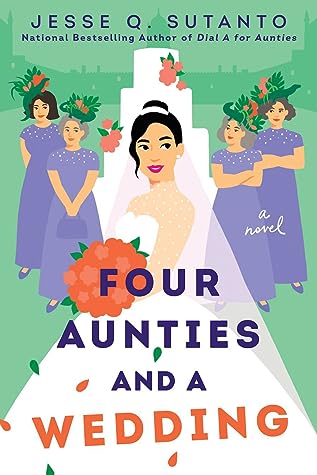 Four Aunties and a Wedding by Jesse Q. Sutanto | March 29
Meddy Chan has been to countless weddings, but she never imagined how her own would turn out. Now the day has arrived, and she can’t wait to marry her college sweetheart, Nathan. Instead of having Ma and the aunts cater to her wedding, Meddy wants them to enjoy the day as guests. As a compromise, they find the perfect wedding vendors: a Chinese-Indonesian family-run company just like theirs. Meddy is hesitant at first, but she hits it off right away with the wedding photographer, Staphanie, who reminds Meddy of herself, down to the unfortunately misspelled name.

Meddy realizes that is where their similarities end, however, when she overhears Staphanie talking about taking out a target. Horrified, Meddy can’t believe Staphanie and her family aren’t just like her own, they are The Family–actual mafia, and they’re using Meddy’s wedding as a chance to conduct shady business. Her aunties and mother won’t let Meddy’s wedding ceremony become a murder scene–over their dead bodies–and will do whatever it takes to save her special day, even if it means taking on the mafia. 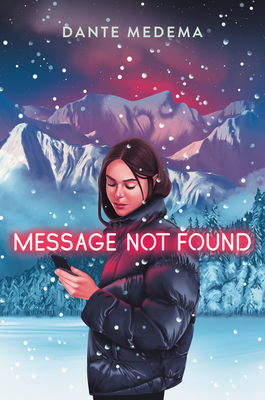 Message Not Found by Dante Medema | March 29
Bailey and Vanessa shared everything: laughter, secrets, and packets of Pop Rocks to ward off bad days. But that all changed the night Vanessa left Bailey’s, headed for home, and ended up swerving off a cliff nowhere near her house. Now Bailey, who thought she knew Vanessa better than anyone in the world, is left with a million unanswered questions, and the only person with answers is gone.

To help grieve her loss, Bailey creates a chat bot of Vanessa using years’ worth of their shared text messages and emails. The more data she uploads to the bot, the more it feels like she’s really talking to her best friend. That is, until the bot starts dropping hints that there was more going on with Vanessa than Bailey realized–a secret so big, it may have contributed to Vanessa’s death.

The colors and tones in Lakelore are stunning and I love the sky reflected in the water. But there’s a haunting quality to the characters and I’m sure AM’s beautiful writing will reflect both aspects of the story. Four Aunties and a Wedding is one of my most anticipated books of the year. I am beyond excited for the humor and heart to leap off the page.