My mother’s dying wish was for me to take a vacation.
“Just do it, okay?” she’d said, tucking a lock of hair behind my ear. “Just book a trip and go, Like normal people do.”
I hadn’t taken a vacation in eight years.

The Bodyguard by Katherine Center 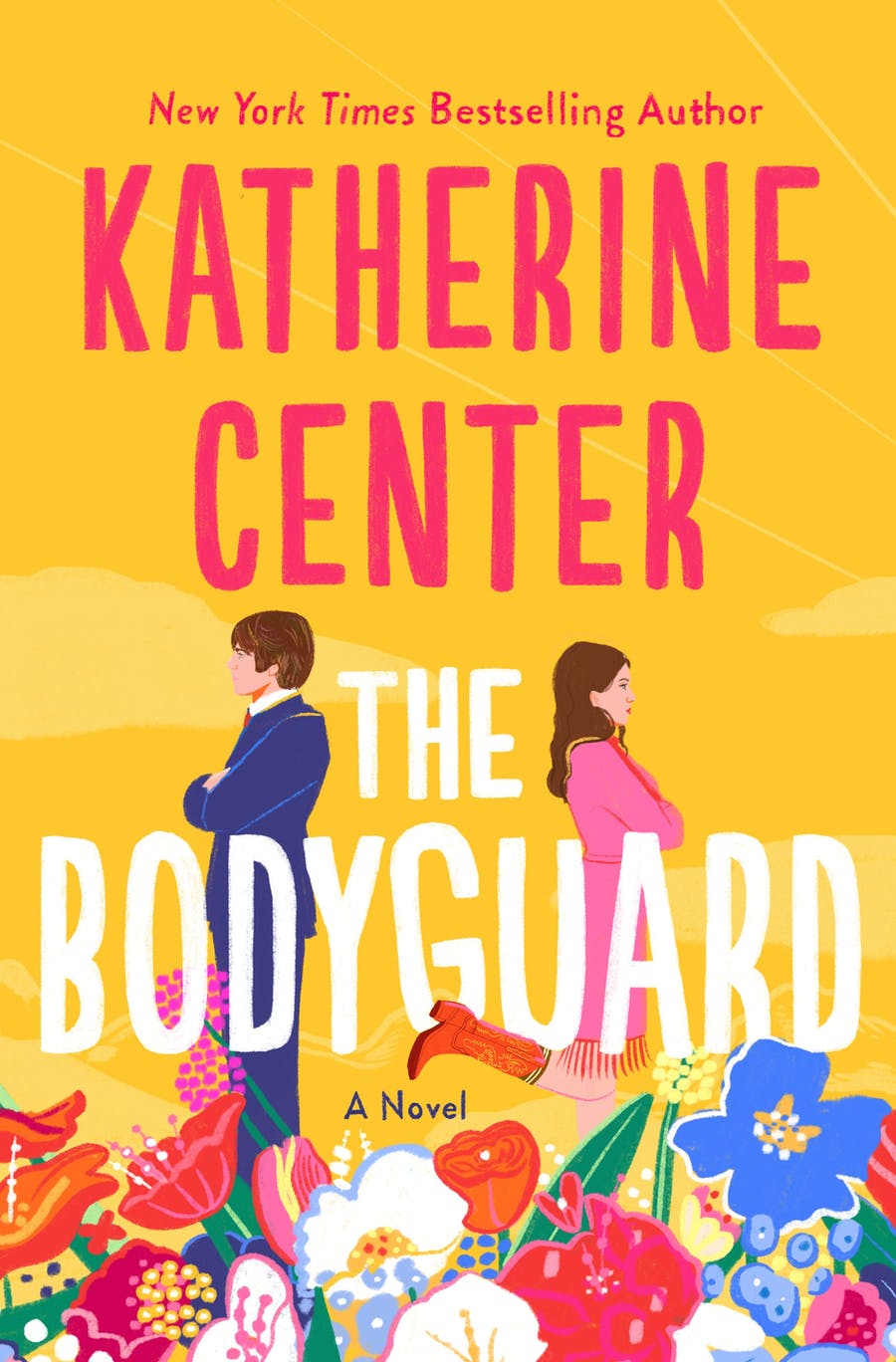 This was such a funny and cute romcom! Who doesn’t want a female bodyguard protecting a reclusive action hero from a corgi-loving stalker. This book had some laugh-out-loud moments that blended perfectly with Hannah and Jack’s chemistry to keep me engaged from page 1.

Goodreads Synopsis: She’s got his back.
Hannah Brooks looks more like a kindgerten teacher than somebody who could kill you with a wine bottle opener. Or a ballpoint pen. Or a dinner napkin. But the truth is, she’s an Executive Protection Agent (aka “bodyguard”), and she just got hired to protect superstar actor Jack Stapleton from his middle-aged, corgi-breeding stalker.

He’s got her heart.
Jack Stapleton’s a household name—captured by paparazzi on beaches the world over, famous for, among other things, rising out of the waves in all manner of clingy board shorts and glistening like a Roman deity. But a few years back, in the wake of a family tragedy, he dropped from the public eye and went off the grid.

They’ve got a secret.
When Jack’s mom gets sick, he comes home to the family’s Texas ranch to help out. Only one catch: He doesn’t want his family to know about his stalker. Or the bodyguard thing. And so Hannah—against her will and her better judgment—finds herself pretending to be Jack’s girlfriend as a cover. Even though her ex, like a jerk, says no one will believe it.

What could possibly go wrong???
Hannah hardly believes it, herself. But the more time she spends with Jack, the more real it all starts to seem. And there lies the heartbreak. Because it’s easy for Hannah to protect Jack. But protecting her own, long-neglected heart? That’s the hardest thing she’s ever done.

One thought on “First Lines Fridays #130”